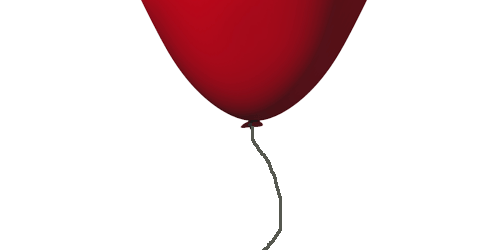 This post will contain spoilers of the new movie IT (2017 version) but not the TV movie/mini series version or the book. The book is third on my to read list.  I figure if I survived the movie with minimal hiding behind my hands, I can read the book.

I am particular in which horror movies I see, and I can’t find a pattern.  I had no problem* seeing The Conjuring and it’s sequel, or Annabelle.  I found Paranormal Activity and it’s sequels boring.  The idea of IT scared me and I think it has to do with the fact that  IT has been around since my childhood and it was scary back then. Tim Curry as Pennywise looked pretty frightening from the clips I’ve seen, and this new guy? Pure terror.  Still, curiosity got the better of me, and with a rare early evening off, my husband and I were at IT on Friday.

As I was driving home after the movie I couldn’t help but think of how despite my unanswered questions (remember, I haven’t read the book yet), the basic theme of IT is pretty simple (no disrespect to Stephen King, of course).  Good vs. Evil.  Whether you’re looking at the losers vs. the bullies,  Bev vs. her father, or the kids vs. Pennywise, you’re essentially looking at good vs. evil- the cornerstone of many stories.

What seemed almost simplistic to me (in the movie) was once the kids faced their fears (which I realize SOUNDS a lot easier, because I wouldn’t have gone into that house) the less control IT had of them.  When they figured this out, they almost taunted Pennywise with the fact that they weren’t scared and he tried to up the ante.

Immediately therapy came into my mind.  I think so many clients have fear in their life– fear of the unknown, fear of their past traumas incapacitating them, fear of their anxiety, that they allow it to control their lives.   It doesn’t manifest quite like a creepy clown that lives in the sewer (unless they are coulrophobic, of course) but they see it everywhere and it starts to mess with their mind.  Like Bev, they are desperate for someone else to see their reality too, to make sure they aren’t crazy.  But as Billy asserts inside the house “it’s not real”.  Their fear is comfortable to them though, in a way.  Think of the boys that didn’t want to confront Pennywise at first. They weren’t happy about the fact that a terrifying clown was creeping them out with their greatest fears, but they didn’t want it to get any worse.  Billy felt he had nothing to lose, as did Bev, because they had reached their breaking points.  Their home lives were worse than any fears Pennywise could dish out.  It shouldn’t have to come to a breaking point for people to reach out for therapy, but often that’s when people come in the door.  They come in the middle, or after the crisis, when the counselor is working with them to pick up the pieces.  In reality, they had signs and warnings that the crisis was coming, however they ignored them, or maybe, they were afraid of what they would find?

Click Image for Finding Peace with PTSD on Amazon